By these measures, any objective observer will conclude that – based on her ideas and her leadership – Hillary Clinton must become the next president of the United States. The choice is not even close.

The School-to-Prison Pipeline Starts in Preschool

Disparities in education begin at an early age and we as a society need to make a commitment to fund our schools equitably so all students have a chance to succeed. 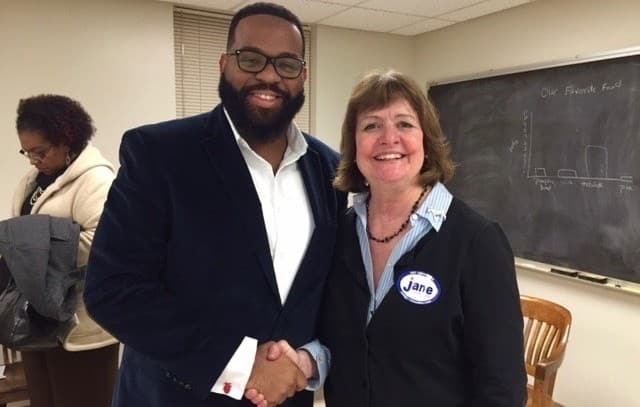 When Jane Dittmar was knocking on doors during her campaign for Albemarle County supervisor in 2013, a future constituent asked about her stance on the Internet.

At that point, Dittmar had no idea about students in the Scottsville area being driven 30 minutes into town to do their homework at night or people who could not apply for jobs because of a lack of reliable and affordable home Internet service.

The “last mile” broadband issue — the point at which Internet providers say customers are too scant to make investing in infrastructure worthwhile — became a focus of her supervisor stint and is now a major plank of her campaign for Virginia’s 5th Congressional District.

The Democrat released her “Jane for Jobs” plan Monday, commencing a press tour as the district party’s nominee, made official Saturday in Nelson County.

You should go to college!

Michelle Obama hasn’t had to work too hard to defend her title as the raddest lady ever to call the White House home. But in case there was any doubt, Obama dropped a superb rap collab with Saturday Night Live’s Jay Pharoah this morning, making the case for college to U.S. young’uns.

The Young and the Registered