In the 27 hours the House Energy and Commerce Committee spent debating Republicans’ Obamacare revision plan, a handful of moments stand out.

This is one of them.

So, as a middle-aged childless man you resent having to pay for maternity care or kids’ dental care. Shouldn’t turnabout…

Posted by Democrats of the 5th Congressional District of Virginia on Friday, March 10, 2017

Health insurance, like all insurance, works by pooling risks. The healthy subsidize the sick, who could be somebody else this year and you next year. Those risks include any kind of health care a person might need from birth to death — prenatal care through hospice. No individual is likely to need all of it, but we will all need some of it eventually.

Here’s What Happens When 45% of Voters Stay Home

A week ago at this time, pundits were speculating that Paul Ryan had so alienated the right wing with his tepid support for soon-to-be-presidential-loser Donald Trump that he might not retain his job as Speaker of the House when a new Congress is sworn in early next year.

What a difference a week makes.

Today, because 45% of Americans chose not to vote, Ryan finds himself with a surprising opportunity to enact his long-held dream of shredding America’s social safety net like Oliver North going after a filing cabinet full of Iran-contra documents. And first up on his chopping block is Medicare.

Ryan’s plan is to replace the totally-not-going-broke Medicare with what he calls “premium price supports.” This is fancy wonk-speak for “vouchers that would be used to buy private insurance but would not keep up with the cost of inflation, thereby saddling seniors with enormous additional healthcare expenses out of their own pockets.” Good luck stretching out those Social Security checks, folks! Assuming Ryan doesn’t gut that next.

The Consumer Financial Protection Bureau is a U.S. government agency that makes sure banks, lenders, and other financial companies treat you fairly. Most recently, the CFPB ordered Wells Fargo to refund thousands of customers who were charged fees for unauthorized accounts.

In case there was any doubt about Elizabeth Warren’s feelings toward John Stumpf, the C.E.O. of Wells Fargo, it was cleared up during a hearing before the Senate Banking Committee. “Okay, so you haven’t resigned, you haven’t returned a single nickel of your personal earnings, you haven’t fired a single senior executive,” Warren said to Stumpf, during an interaction that might properly be characterized as a verbal evisceration. “Instead, evidently, your definition of ‘accountable’ is to push the blame to your low-level employees who don’t have the money for a fancy P.R. firm to defend themselves.”

Senator Warren warns that the CFPB may be among the early victims of a Republican administration. Social Security, Food Stamps and Health Care won’t be far behind. 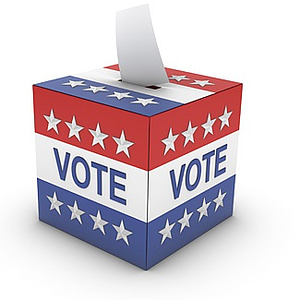 Hillary Clinton has served as Secretary of State, Senator from New York, First Lady of the United States, First Lady of Arkansas, a practicing lawyer and law professor, activist, and volunteer, but the first things her friends and family will tell you is that she’s never forgotten where she came from or who she’s been fighting for throughout her life.

As First Lady under President Bill Clinton, Hillary tenaciously led the fight to reform our health care system so that all our families have access to the care they need at affordable prices. Hillary led the U.S. delegation to Beijing to attend the UN Fourth World Conference on Women and gave a groundbreaking speech, declaring that “human rights are women’s rights and women’s rights are human rights once and for all”—inspiring women worldwide and helping to galvanize a global movement for women’s rights and opportunities. Hillary was then elected to the U.S. Senate, becoming the first woman senator from New York. She repeatedly worked across the aisle to get things done, including working alongside Republicans after the terrorist attacks of September 11, 2001.

When Congress wouldn’t do enough for rural areas and small towns, Hillary didn’t back down. She launched innovative partnerships with the tech industry and provided support to local colleges and small businesses. When President Obama asked Hillary to serve as his secretary of state, she answered the call to public service once again. She was a forceful champion for human rights, internet freedom, and rights and opportunities for women and girls, LGBT people and young people all around the globe.

Now she’s running for President because everyday Americans need a champion and she wants to be that champion.