How to #StayOutraged Without Losing Your Mind

If you’re gearing up to become an activist for the next four years, I commend you and look forward to standing beside you.

But before we head out to the barricades together, there’s something you need to know.

This is not going to be an easy four years. We’re going to be subjected to constant gaslighting by the President and his administration. We’ll be dealing with a ferocious, multi-front attack on the entire progressive agenda, without exception, and a lot of it is going to succeed. We’re going to helplessly watch institutions we care about and depend upon destroyed. The Trump years are going to be emotionally exhausting and deeply traumatic for all of us, but particularly to those dedicated to protecting the vulnerable and preserving democracy.

[intense_alert color=”error” font_color=”#ffffff” border_radius=”5px” block=”1″]Professional organizers and veteran activists have strategies for staying sane during a long fight. If you’re serious about sticking it out in the picket lines for the duration of the Trump presidency, you’re going to have to learn these strategies or else burn out in the first six months.[/intense_alert]

1. Don’t Get Used to Trump — Get Away From Him
2. Focus Your Energy on One or Two Issues
3. Make Activism Fun
4. Take Care of the Basics

Ready? Get the details at https://medium.com/the-coffeelicious/how-to-stayoutraged-without-losing-your-mind-fc0c41aa68f3#.gne2nqfzp 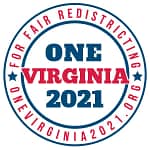 [intense_blockquote]GERRYMANDERING is the deliberate manipulation of legislative district boundaries to advantage or benefit a particular party or group, or to cause disadvantage or harm to an opposing party or group. It distorts the electoral process, undermines democracy, and renders legislative elections a meaningless exercise. It’s a conflict of interest for the legislature to draw it’s own district lines. [/intense_blockquote]

Calling your legislator is one of the best ways to influence their opinions on bills and topics. Emailing is a good resource but getting a phone call really makes legislators notice an issue.

So we need you to take two minutes, pick up the phone and call your delegate right now.

Here’s all you need to say:

I support redistricting reform. I support HJ 763 in the House of Delegates and SJ 290 in the Senate.  I do not want voting districts drawn to favor or disfavor any political party or person. These bills would put a stop to political gerrymandering.

Your delegate might say that he/she can’t vote for reform because there’s pending litigation – this is BOGUS. 1. There will be a decision from SCOTUS in the next few weeks in the Bethune-Hill case, which is about racial gerrymandering. 2. Our legislation is for a constitutional amendment – those take two years to pass! If SCOUTS decides something that would affect this legislation (we can’t even think of what that might be), the General Assembly can always kill this bill next year. HJ 763 is a simple and straight-forward solution, and there is no good reason to vote no. We NEED a YES VOTE on HJ763. Call them and let them know. www.onevirginia2021.org/call

It starts with the House

The 2018 midterm elections are the next best chance for progressives to regain power in our government—by taking back the House of Representatives.

[intense_blockquote color=”success” border_color=”#FFFFFF” border_radius=”10px”]Help ensure a win where it really matters. Join your closest Swing District team and learn about actionable opportunities to support progressives there, no matter where you live.
[/intense_blockquote]

The House of Representatives has 435 seats, 52 of which we consider competitive. These are the Swing Districts, where Congress is won and lost. To get a say in our government, we’ll need to win about 80% of them.

WE SUPPORT THE MEN AND WOMEN OF LAW ENFORCEMENT

The United States of America was founded on the principles of liberty, justice, and the rule of law; we believe that American law enforcement is essential to the maintenance of our freedom. Facing the extraordinary realities of policing in the 21st century, the vast majority are dedicated professionals, putting their lives on the line every day to keep us all safe. Let us be absolutely clear about this—we reject any assault on the men and women of law enforcement.

Unfortunately, some communities in Virginia and across the U.S. continue to suffer from over-policing, racial profiling and excessive use of force. Empowered by the American Civil Liberties Union of Virginia, the Mobile Justice VA app is one way you can put a check on law enforcement misconduct wherever, whenever.

With this app you can: