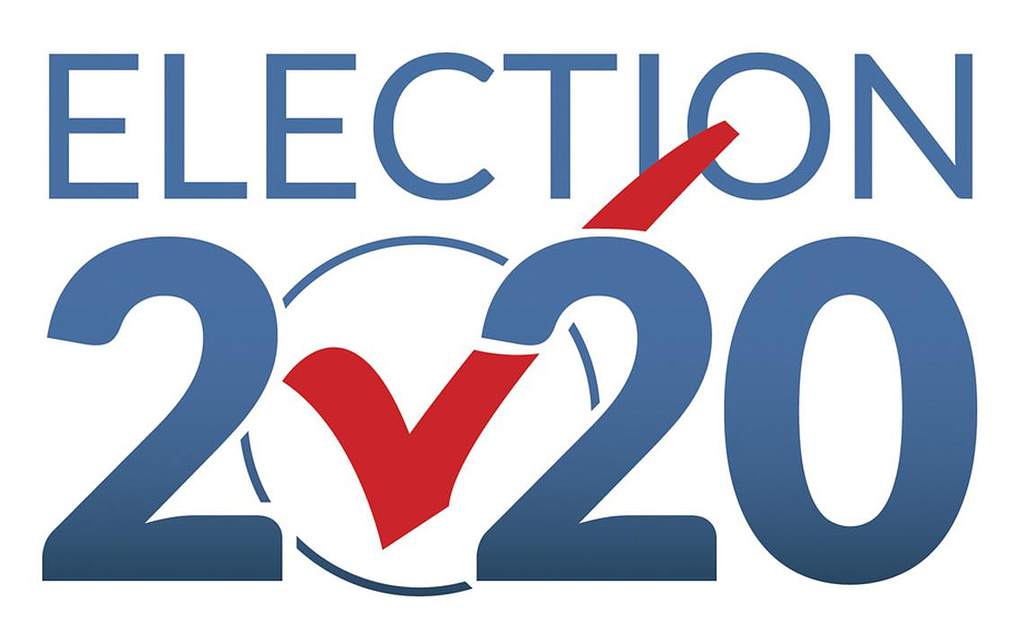 The proposed platform was considered by the 2020 Platform Committee at its meeting on July 27, 2020, and is recommended for approval by the delegates.

PREAMBLE (link to full document below)

America is an idea—one that has endured and evolved through war and depression prevailed over fascism and communism, and radiated hope to far-distant corners of the earth. Americans believe that diversity is our greatest strength. That protest is among the highest forms of patriotism. That our fates and fortunes are bound to rise and fall together. That even when we fall short of our highest ideals, we never stop trying to build a more perfect union.

When the American people go to the polls this fall, we will be choosing more than a candidate. Character is on the ballot in this election. The character of our President, yes, but more than that: the character of our democracy, our society, and our leadership in the world.

The challenges before us—the worst public health crisis in a century, the worst economic downturn since the Great Depression, the worst period of global upheaval in a generation, the urgent global crisis posed by climate change, the intolerable racial injustice that still stains the fabric of our nation—will test America’s character like never before.

The COVID-19 pandemic has laid bare deep-seated problems in our society—the fragility of our economy and social safety net, the risks posed by growing inequality, the impacts of racial and economic disparities on health and well-being, and the profound consequences of deepening polarization and political paralysis.

The bill has come due on the Trump Administration’s hollowing out of our public institutions: the sidelining of experts, the rejection of science, the underinvestment in research, and the gross corruption and abuses of power. President Trump’s dereliction of duty has caused the deaths of tens of thousands of Americans, the loss of tens of millions of American jobs, and lasting harm to our children’s education and future.

Democrats will fight to repair the soul of this nation. To unite and to heal our country. To turn this crisis into a crucible, from which we will forge a stronger, brighter, and more equitable future.

We must right the wrongs in our democracy, redress the systemic injustices that have long plagued our society, throw open the doors of opportunity for all Americans, and reinvent our institutions at home and our leadership abroad. We do not simply aspire to return our country to where we were four years ago. We know we must be bolder and more ambitious.

We must once again stop another Republican recession from becoming a second Great Depression. President Trump and the Republican Party have rigged the economy in favor of the wealthiest few and the biggest corporations and left working families and small businesses out in the cold. Democrats will forge a new social and economic contract with the American people—a contract that creates millions of new jobs and promotes shared prosperity, close racial gaps in income and wealth, guarantee the right to join or form a union, raises wages and ensures equal pay for women and paid family leave for all and safeguards a secure and dignified retirement.

We must guarantee health care not as a privilege for some, but as a right for every single American. For a century, Democrats have fought to secure universal health care. In the depths of the COVID-19 pandemic, President Trump and the Republican Party are trying to tear health care away from millions of people who depend on it for survival. Democrats will not allow that to happen. We will not rest until every American can access quality health care and affordable prescription drugs.

We must steel and strengthen our democracy, not distort and debase it. Democrats believe there is nothing to fear from the voices and votes of the American people. We will restore the full power of the Voting Rights Act and stamp out voter suppression in all its forms. We will curb the corrupting influence of money in politics and protect the integrity of our elections from all enemies, foreign and domestic. We will never accept political gridlock as our fate. We will never tire in our fight to deliver results and create an opportunity for all Americans. And we will end the war on a government that has politicized our institutions, denigrated public service, and left the American people on their own instead of working to make them whole.

We must heal our nation’s deepest wounds, not fan the flames of hate. Democrats will root out structural and systemic racism in our economy and our society, and reform our criminal justice system from top to bottom because we believe Black lives matter. We will ensure that our nation continues to prize diversity and compassion, and welcomes those who yearn to participate in our great democratic experiment by creating a humane, 21st-century immigration system that benefits all Americans.

We will give hate no safe harbor. We will never amplify or legitimize the voices of racism, misogyny, anti-Semitism, anti-Muslim bigotry, or white supremacy. Democrats will protect and promote the equal rights of all our citizens—women, LGBTQ+ people, religious minorities, people with disabilities, Native Americans, and all who have been discriminated against in too many ways and for too many generations. We commit ourselves to the vision articulated by Frederick Douglass of “a Government founded upon justice, and recognizing the equal rights of all.”

We must lead the world in taking on the climate crisis, not deny the science and accelerate the damage. From Houston, Texas, to Mexico Beach, Florida; from San Juan, Puerto Rico, to Davenport, Iowa, the last four years have seen record-breaking storms, devastating wildfires, and historic floods. Democrats will rejoin the Paris Climate Agreement and go further, building a thriving, equitable, and globally competitive clean energy economy that puts workers and communities first, and leaves no one behind.

We must provide a world-class education in every ZIP code, to every child, because education is a critical public good. Democrats believe in universal early childhood education, and affordable, high-quality child care. We will shut down the school-to-prison pipeline, and build a school-to-opportunity pipeline in its place. We will make college affordable again, and give Americans relief from crushing student debt.

We commit to a foreign policy that accelerates our domestic renewal, not undermines it. We will focus on what matters most to Americans—more and better jobs, greater security, a cleaner environment, and a more inclusive and resilient society. Democrats will lead with diplomacy as our tool of first resort and mobilize our allies and partners to meet the tests none of us can meet on our own. We will stand up to the forces of authoritarianism, not aid and abet their rise, and we will speak and act with clarity and purpose on behalf of human rights wherever they are under threat. And we will honor our sacred covenant with our women and men in uniform, our veterans, and our military families who have carried the burdens of wars that must—at long last—come to an end.

Above all, Democrats still believe in the American idea—its principles, its purpose, and its promise. We know that four more years of the crass, craven, corrupt leadership we have seen from Donald Trump and the Republican Party will damage our character and our country beyond repair. We pray, as Langston Hughes did, “O, let America be America again—the land that never has been yet—and yet must be—the land where man is free.” Democrats call on all Americans to come together and seize this last, best chance to restore the soul of our nation—and vote this November to ensure our greatest days are still to come.

MCDC Endorses Webb for US Congress 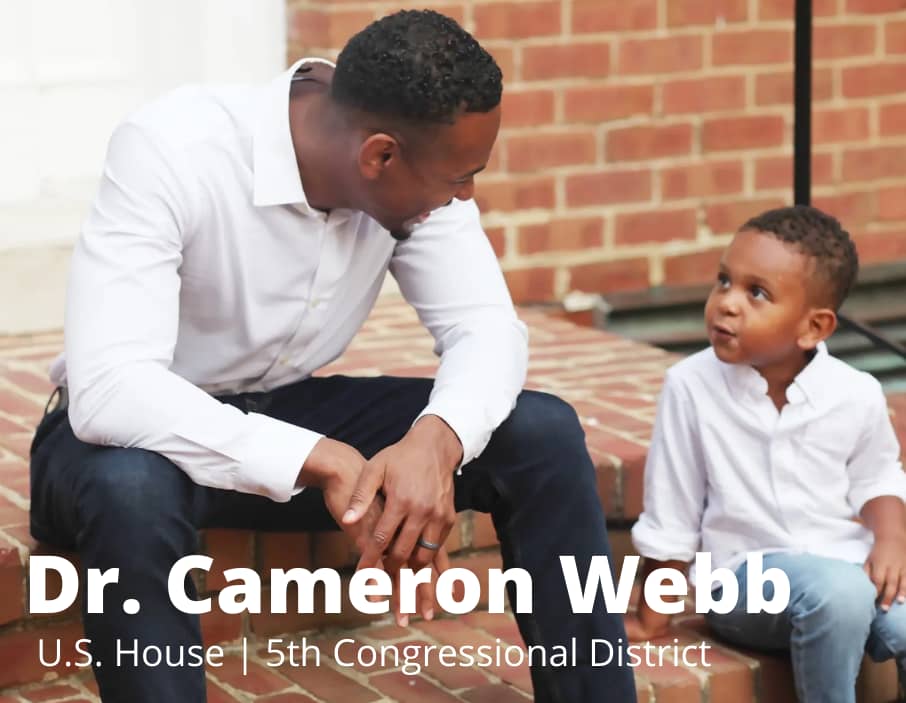 The Madison County Democratic Committee congratulates Dr. B. Cameron Webb on winning the Democratic Primary last Tuesday evening. He now becomes the Democratic candidate for Congress from Virginia’s 5th District. The field of Democratic candidates was very strong, attracting significantly more voters than the Republican convention held two weekends ago. The outcome could not have been more resounding as Dr. Webb won the vote in every city and county in our sprawling district.

Dr. Webb began his Congressional campaign with his motto of “Be There for People.” His first video and later speeches stress his commitment to healthcare for all Virginians. Clearly, it was the voters’ desire for access to affordable healthcare that carried him to the top. Having served in policy roles in both the Obama and Trump Administrations, and with degrees in both law and medicine, Dr. Webb is uniquely positioned to bring better and more affordable healthcare to our district.

Dr. Webb’s roots are in central Virginia. He, his wife, and two children live in Charlottesville. He knows our district. He has the energy to serve one of the nation’s largest Congressional districts, as demonstrated by his dual careers in medicine and public policy.

Every one of our Democratic candidates were better than good. Local voters acted on their belief that Webb was the best. Still, winning the 5th District will be a challenge. We Democrats in Madison County are committed to supporting Dr. Webb’s campaign. We invite others to join us in bringing the doctor’s compassion, leadership, and willingness to represent ALL 5th District residents to Congress on November 3.