Trump Goes Nuclear in the War On Women

The most vulnerable and the most in need of justice come last in Trump’s America. 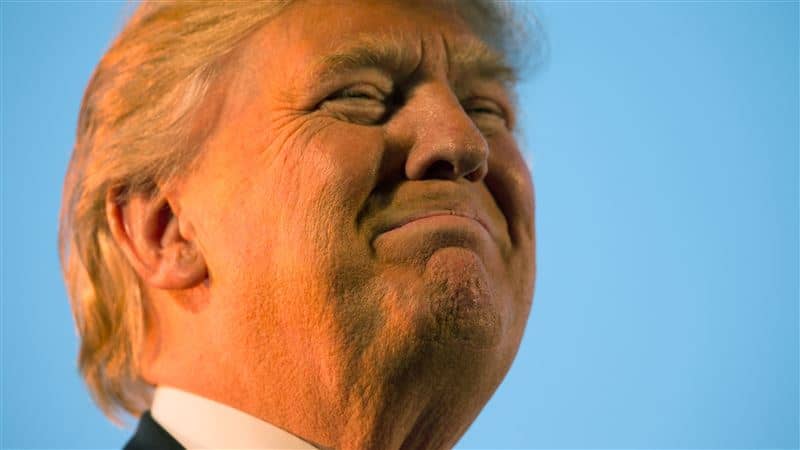 The Violence Against Women Act of 1994 (VAWA) is a United States federal law (Title IV, sec. 40001-40703 of the Violent Crime Control and Law Enforcement Act, H.R. 3355) signed as Pub.L. 103–322 by President Bill Clinton on September 13, 1994 (codified in part at 42 U.S.C. sections 13701 through 14040). The Act provided $1.6 billion toward investigation and prosecution of violent crimes against women, imposed automatic and mandatory restitution on those convicted, and allowed civil redress in cases prosecutors chose to leave un-prosecuted. The Act also established the Office on Violence Against Women within the Department of Justice.

Donald Trump’s incoming administration is planning “dramatic” federal budget cuts, according to a report from the Hill this morning. The article’s estimates of the dollar amount of the proposed damage are way overblown, but several large programs and entire chunks of federal agencies are definitely on the chopping block.

Donald Trump’s incoming administration is planning “dramatic” federal budget cuts, according to a report from the Hill this morning. That includes all 25 of the grant programs managed by the Office on Violence Against Women, housed in the Department of Justice. The grants, established by 1994’s Violence Against Women Act and other federal legislation, go to organizations working to prevent domestic violence, sexual assault, dating violence, stalking, and elder abuse:

The proposed elimination of these grants is cruel, and it neatly sums up Trump and his cohort’s dismissive view of women who come forward with sexual and domestic violence allegations. “A man with a well-documented history of sexually assaulting women is about to take over the federal government so it is sadly not surprising that he is gutting programs vital to protecting women from violence,” Nita Chaudhary, co-founder of women’s-rights group UltraViolet said in a statement. “With these cuts, Trump is also making it harder for law enforcement to protect women from predators like himself and members of his senior staff.”

And these planned grant cuts look even more unconscionable when viewed alongside the other entities Trump wants to purge from the Justice Department. He’s proposed drastic cuts to the divisions that work on civil rights and the environment, and he wants to completely axe the Legal Services Corporation, which administers grants for low-income Americans who can’t afford legal assistance. Trump’s plan also eliminates the Office of Community Oriented Policing Services, a small but important advocate for a more just and effective system of U.S. law enforcement. Taken together, the cuts Trump has proposed to balance his budget send a clear message: the most vulnerable and the most in need of justice come last in Trump’s America.