Coretta Scott King’s Lost Letter to the US Senate

The lost letter from Martin Luther King, Jr.’s widow opposing Jeff Sessions for a federal judgeship in 1986 has been found, and it’s a doozy..

“The irony of Mr. Sessions’ nomination is that, if confirmed, he will be given life tenure for doing with a federal prosecution what the local sheriffs accomplished twenty years ago with clubs and cattle prods. Twenty years ago ago, when we marched from Selma to Montgomery, the fear of voting was real, as the broken bones and bloody heads in Selma and Marion bore witness. As my husband wrote at the time, it was not just a sick imagination that conjured up the vision of a public official, sworn to uphold the law, who forced an inhuman march upon hundreds of Negro children; who ordered the Rev. James Bevel to be chained to his sickbed; who clubbed a Negro woman registrant, and who callously inflicted repeated brutalities and indignities upon nonviolent Negroes peacefully petitioning for their constitutional right to vote” 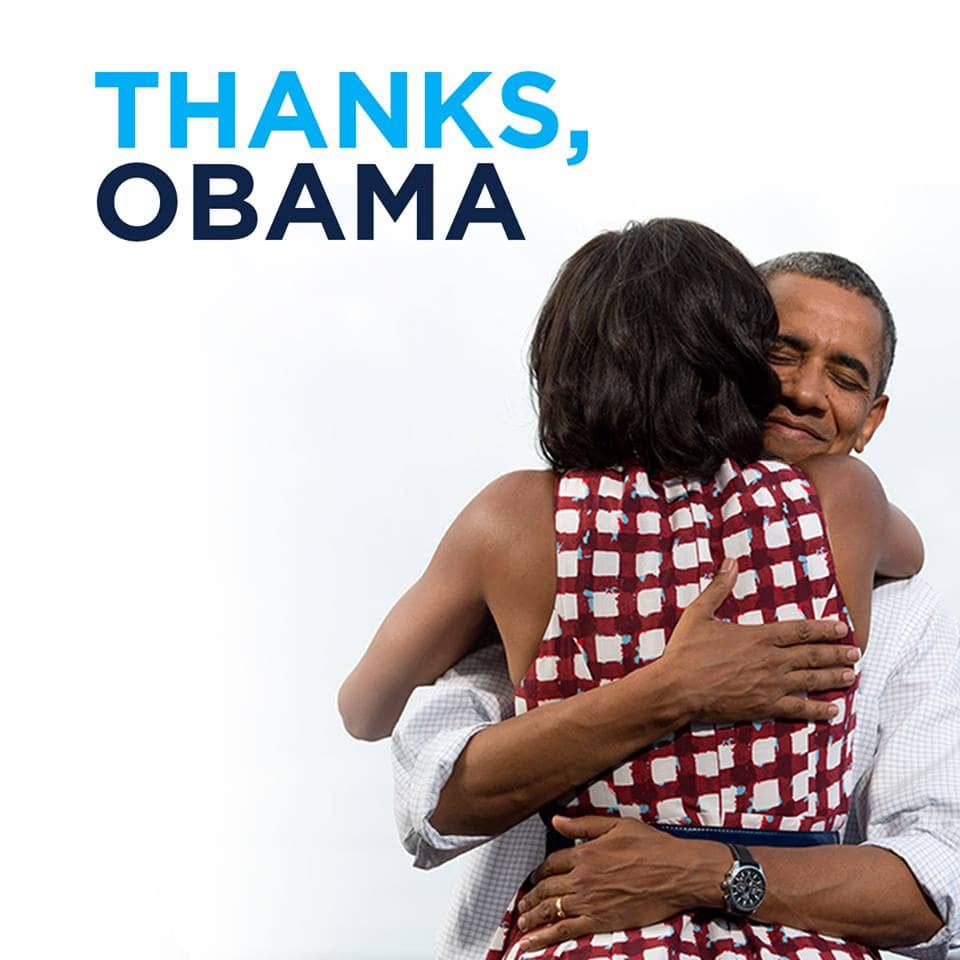 “Our democracy…needs you. Not just when there’s an election.”

“My fellow Americans —Michelle and I have been so touched by all the well wishes that we’ve received over the past few weeks. But tonight, it’s my turn to say thanks. (Applause.) Whether we have seen eye-to-eye or rarely agreed at all, my conversations with you, the American people, in living rooms and in schools, at farms, on factory floors, at diners and on distant military outposts — those conversations are what have kept me honest, and kept me inspired, and kept me going. And every day, I have learned from you. You made me a better President, and you made me a better man…”

…This is where I learned that change only happens when ordinary people get involved and they get engaged, and they come together to demand it.

After eight years as your President, I still believe that. And it’s not just my belief. It’s the beating heart of our American idea — our bold experiment in self-government. It’s the conviction that we are all created equal, endowed by our Creator with certain unalienable rights, among them life, liberty, and the pursuit of happiness. It’s the insistence that these rights, while self-evident, have never been self-executing; that We, the People, through the instrument of our democracy, can form a more perfect union.” 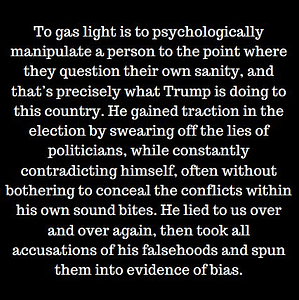 The CIA officially determined that Russia intervened in our election, and President-elect Donald Trump dismissed the story as if it were a piece of fake news. “These are the same people that said Saddam Hussein had weapons of mass destruction,” his transition team wrote in a statement. “The election ended a long time ago in one of the biggest Electoral College victories in history. It’s now time to move on and ‘Make America Great Again’.”

It wasn’t one of the biggest Electoral College victories in history, so presumably that’s another red-herring lie to distract from Trump treating the Central Intelligence Agency of the United States like it is some rogue blogger to be cast to the trolls. A foreign government’s interference in our election is a threat to our freedom, and the President-elect’s attempt to undermine the American people’s access to that information undermines the very foundation upon which this country was built. It’s also nothing new.

Trump won the Presidency by gas light. His rise to power has awakened a force of bigotry by condoning and encouraging hatred, but also by normalizing deception. Civil rights are now on trial, though before we can fight to reassert the march toward equality, we must regain control of the truth. If that seems melodramatic, I would encourage you to dump a bucket of ice over your head while listening to “Duel of the Fates.” Donald Trump is our President now; it’s time to wake up.

The CIA officially determined that Russia intervened in our election, and President-elect Donald Trump dismissed the story as if it were a piece of fake news. “These are the same people that said Saddam Hussein had weapons of mass destruction,” his transition team wrote in a statement.

Climate change got you down? Get rid of the scientists! 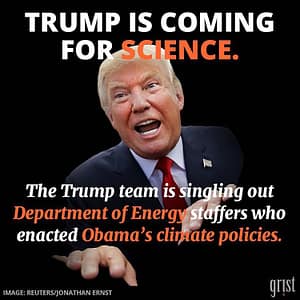 Trump’s transition team has asked the Department of Energy to list employees and contractors who attended United Nations climate meetings, along with those who helped develop the Obama administration’s social cost of carbon metrics, used to estimate and justify the climate benefits of new rules. The advisers are also seeking information on agency loan programs, research activities, and the basis for its statistics, according to a five-page internal document circulated by the Energy Department on Wednesday. The document lays out 65 questions from the Trump transition team, sources within the agency said.

Leading Trump’s energy transition team is Tom Pyle, who is currently the president of the American Energy Alliance. Pyle was previously a policy analyst for former Rep. Tom DeLay (R-Texas) before becoming director of federal affairs for Koch Industries.

Trump has also assembled a team of climate change deniers, including Scott Pruitt, the Oklahoma attorney general, who Trump nominated to run the Environmental Protection Agency. Read a full list of the global warming deniers and opponents of climate action who are vying for positions in the Trump administration here.

Khizr Khan Asks Trump: ‘Would My Son Have A Place In Your America?’

Before terrorists attacked New York and Washington in 2001, Captain Humayun Khan had planned to leave the Army to attend law school. But 9/11 changed his plans, and in 2004 he traveled to Iraq to support the post-war effort there.

During a phone call in May of 2004, his mother urged him not to be a hero and to return safely.  “Of course I will,” his parents remembered him saying. “But Mother, you should know I have responsibility for these soldiers, and I cannot leave them unprotected.” 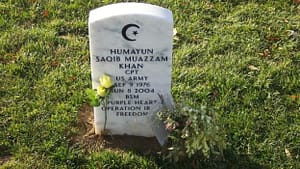 Khan is buried at Arlington Cemetery in Virginia

While serving at Baqubah base, north-east of Baghdad, one of his duties was to inspect soldiers in the early morning near the compound’s entrance gate.

On 8 June 2004, an inspection turned deadly when a taxi sped towards Khan’s line of troops.

Acting quickly, he told his soldiers to step back and hit the ground as he moved towards the approaching car. He walked with his arm outstretched in a halt gesture for 10 to 15 seconds.

Just before reaching him, the driver detonated a suicide bomb.

The explosion killed Khan. But in blocking the vehicle, he succeeded in saving countless colleagues, including more than a hundred soldiers eating breakfast close to the gateway to the base.

Khan was posthumously awarded the Purple Heart and the Bronze Star – two US military honors.

He was buried in Arlington Cemetery, near Washington, in a funeral attended by Democratic presidential nominee Hillary Clinton.